We’ve spent so many years telling you why aquaculture is a bad thing for ocean ecosystems and coastal economies…hang on to your hat, because we’re about to put a big qualification on that.  There are ways to culture food in the ocean without damaging it; and in fact helping restore biodiversity and water quality while reducing local acidity. We’re talking seaweed and shellfish culture, neither of which (done properly) requires any inputs of feed, chemicals or drugs and can provide habitat for young fish. 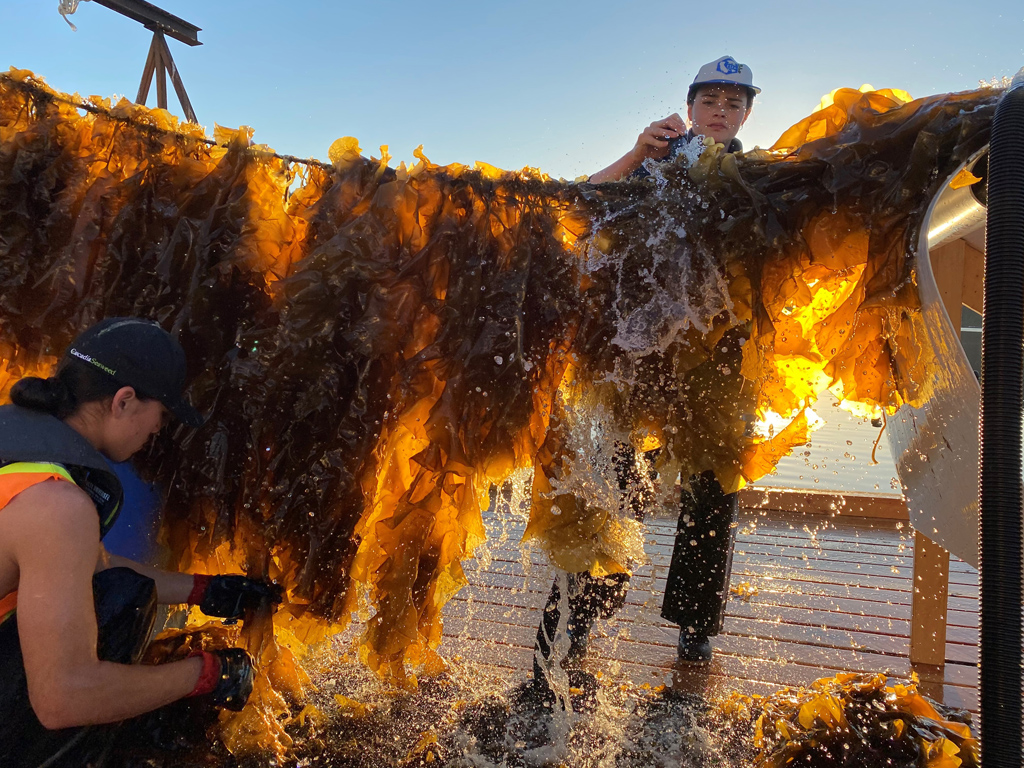 Shellfish culture has been controversial in some places in British Columbia because of the loss of public access to beaches and the incredible volume of fouling plastic waste it has generated. But there are better culture methods and certainly no need to use and lose plastic in the process.  A recent study by NOAA has quantified the benefits to the ocean from regenerative aquaculture and the FAO sees both seaweed and shellfish as a high-growth potential industries.

Best of all, some studies have shown that culturing seaweed and shellfish together can be beneficial.  The seaweed absorbs carbon from the ocean and can reduce local acidity, making it easier for shellfish to form shells.  What better use for a former salmon farm?  Remove the nets, replace them with lines of cultured seaweed and shellfish; operate on a scale suited to the community that owns the licence.

Several First Nations have now partnered with Cascadia Seaweed, a company that is pioneering industrial-scale seaweed here in BC.  This is a new and as yet unregulated industry, but one with great potential for coastal restoration and reconciliation all in one.