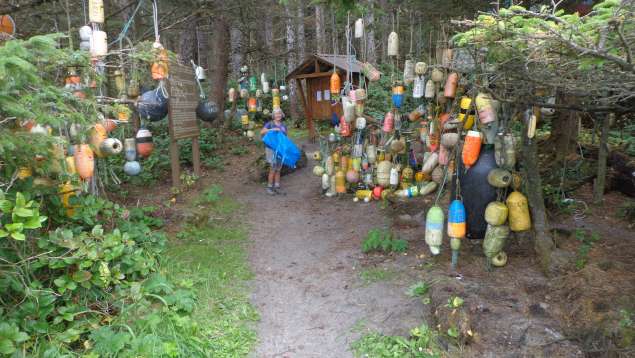 We knew from the start that long boat rides with multiple volunteers on board would just not work, so Karen's sailboat Viajador remained at home while we set up a base camp near Port Hardy.

Volunteers travelled to base camp in their own 'bubbles' for orientation and training, in three separate crews whose arrivals and departures were staggered to ensure physical distancing.

They made camp at Fishermens' Bay and from there, cleaned the beaches at Nissen and Nels Bights. Nissen proved to be the most heavily impacted--the crew filled 9 lift bags and strung some 20 strings of buoys for heli-lifting. It was hard going, hiking over to Nels, as the trail was churned into knee-deep mud by the hundreds of visitors who hiked the Cape Scott Trail this year.

This hawser found at Nissen was probably lost from a tugboat. It was so heavy that it took the entire team to carry it to the debris cache. To reduce the weight, they laid it out in the sun to dry and shed some of the sand.

Our work this year was made possible, as always, by the volunteer efforts and genereous donations of our Living Oceans supporters. Grants from BC Parks and Boating BC helped with the hard costs as well. The Canadian Wildlife Service provided helicopter support; and BC Parks lent a hand sorting and securing the debris for trucking. The Regional District of Mount Waddington waived the fees otherwise charged at the landfill. The Port McNeill IGA eased our food budget with a $100 gift card. Service providers on the North Island all went the extra mile for us: thanks to West Coast Helicopters, Cape Scott Water Taxi and the Backpackers' Hostel. Skipper/trucker/gedderdun guy Dan Carter and his crew deserve special thanks for looking after us and our debris! Our most sincere thanks to all of you for making another season of habitat restoration possible!

Our Volunteers make the Difference

Why do we do what we do?

Marine debris can be as harmful to ocean ecosystems as destructive fishing practices. Tonnes of plastic waste are circulating on ocean currents and breaking down into smaller and smaller particles, often ending up on or inside seabirds, marine mammals and fish. Lost fishing gear can entangle and kill many marine species. Closer to shore, debris accumulates on beaches including near-shore waters like estuaries that have a high conservation value. Derelict and abandoned vessels are a threat to pollute harbours and other coastal areas. 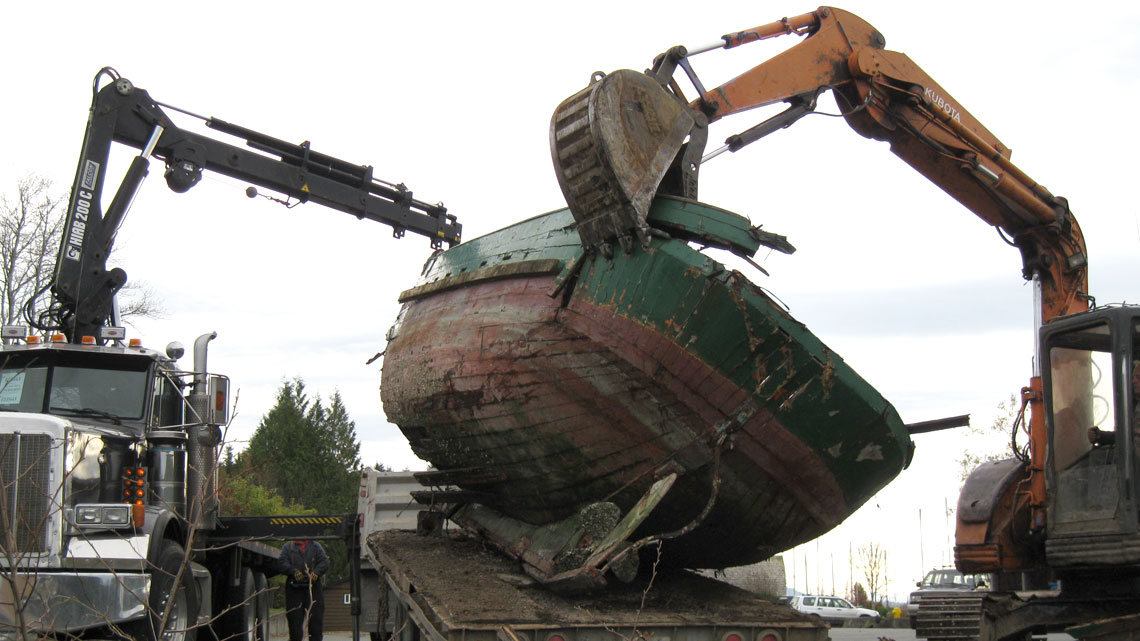 Old and derelict vessels are another form of debris and a threat to the marine environment. Their growing presence and disposal is becoming a growing concern for marina operators on B.C.'s coast. These vessels become point sources of pollution, leaking hydrocarbons and other harmful toxins into the ocean. If anchored or abandoned on beaches, they may become hazards to navigation.

Living Oceans has studied how derelict vessels impact marine ecosystems and how lessons learned and best practices from vessel removal efforts in other places can be applied on northern Vancouver Island. This research will provide local harbour managers, marinas and other businesses with a starting point to develop local solutions to the hazards and pollution problems posed by abandoned and derelict vessels. 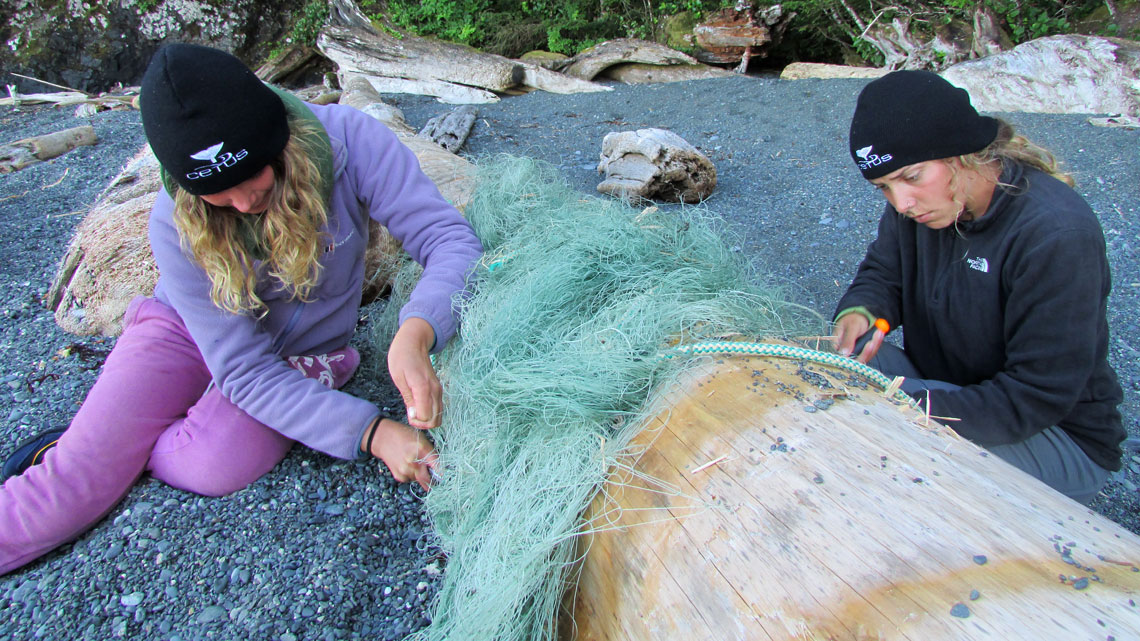 Even after it’s lost, fishing gear continues to fish by trapping or entangling sea life. Local organizations and volunteers want to find and remove lost crab traps from recreational fishing areas in and near estuaries. We are collecting the information reported during these cleanup efforts into the Clear the Coast map that shows how and where the ghost gear interacts with important habitat like kelp beds and eelgrass meadows.