Fish farming for the future 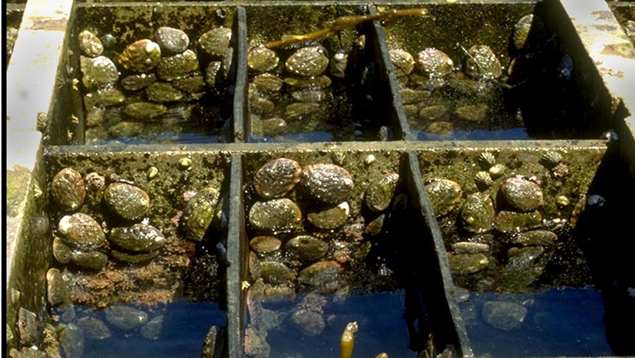 At least half of our seafood comes from fish farming or ‘aquaculture.’ Fish farming is an incredibly diverse industry. It can occur in open water, semi-contained or contained systems, and involve countless different species and rearing methods. Different types of fish farming also cause a wide range and intensity of environmental impacts.

Aquaculture will soon supply the majority of seafood for human consumption. Creating a sustainable fish farming industry for the future will require that we minimize its use of wild fish stocks, pollution, disease, farmed fish escapes and habitat damage.

Use of Marine Resources
Most of the fish that we love to eat are carnivores. They require great amounts of wild fish as feed in order to rapidly grow to a large enough size for human consumption. Unfortunately, some of the most popular farmed species require anywhere from 3-15 kilograms of wild fish to grow just 1 kilogram. There are some species such as scallops and tilapia that use little to no wild fish in their feed. There is also ongoing research to generate alternative diets that include plant-based materials.

Pollution and Disease
Open net-cage aquaculture provides no barrier between the farmed fish and their surrounding environment. This means that enormous amounts of fish feed, feces and chemicals are released in to the environment every day, often causing inhabitable conditions for other species. In B.C. alone, salmon farms produce the same amount of waste as a city of half a million people. Fish farms can also create the perfect environment for disease transmission. In open net-cages, these diseases can then easily spread to wild fish, wreaking havoc on local populations.

Escapes
Farmed fish that escape in to the wild pose a serious risk to wild species. They can spread disease, create unnatural competition and introduce alien species in to an ecosystem. There is also the possibility of interbreeding, forever altering the genetic pool of a population. The number of escapes, and their ecological ramifications, can be hard to track. However, there are several documented cases of thousands of fish escaping at once.

Habitat Damage
Fish farms are often situated in or near sensitive coastal ecosystems, including estuaries, mangrove forests and coastal reefs. These ecosystems often provide a nursery for many different species of juvenile marine life, who are particularly susceptible to environmental stresses. These ecosystems can be destroyed to make way for fish farms, or irreparably damaged by the pollution and diseases they can potentially generate.

Management
The aquaculture industry is experiencing a period of rapid expansion. It is important that government and regulatory bodies ensure that this industry is maintaining and enforcing environmental standards. This includes protecting habitat, mitigating pollution and decreasing the use of wild fish feed. One of the best ways to regulate the fish farming industry is through independent certification. There are currently several different aquaculture certification systems in place, but a universally-credible, transparent certification system does not yet exist.