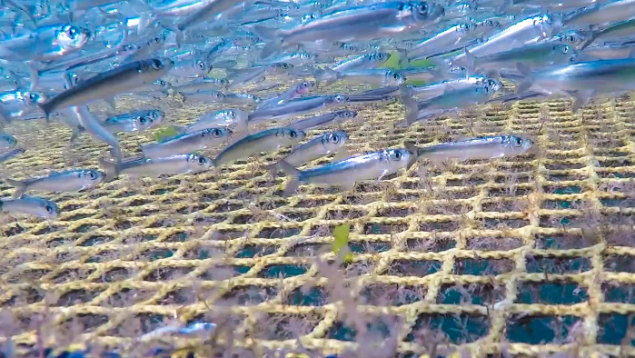 By-catch is the accidental harvest of marine species other than target species being fished or farmed. Open net-cage fish farms catch wild fish that can swim into their nets and until recently it's been hard to know just how big the problem is. A recent court action spotlighted this issue and now salmon farmers in British Columbia are required to report all bycatch of wild species and to immediately return them to the ocean outside the pens in a manner that causes the least harm as a condition of their aquaculture licence. However, since it is based on self-reporting, it remains unclear whether any of the reports are verified or if DFO has the ability to conduct audits. Information on bycatch at B.C. salmon farms is now publicly available at this link. It is important to note that the by-catch survival rate is unknown and that if, in the case of farmed salmon, the farmer needs to cull some diseased fish, the incidental by-catch will be disposed as well. It is highly unlikely that wild fish consumed by farmed salmon are reported as bycatch; nevertheless, the records indicate tens of thousands of wild pacific fish reported each year as bycatch. There is still no information available about bycatch at salmon farms in other regions of Canada.

By-catch of wild species is just one more reason to switch from open net-cages to closed containment systems.