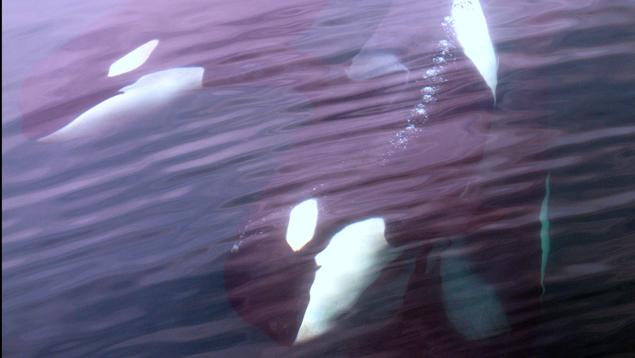 Few marine creatures are more iconic of British Columbia’s coast than the killer whale. Historically, these magnificent whales were targeted as competitors for the salmon fisheries, to the point where n 1961 Fisheries and Oceans Canada installed a machine gun at Seymour Narrows just north of Campbell River as part of a planned cull that was called off when the whales shifted their foraging pattern. Today, thousands of people from around the world visit the home waters of these whales just to catch a glimpse of them, and to study their unique family structure and their complex ‘dialects’.

Although killer whales are now mainly a welcome sight to coastal residents, and are protected from direct harm under Canada’s Fisheries Act, they still face many risks.

In 1999, the resident killer whales in the north Pacific were listed as ‘Threatened’ under Canada’s Species At Risk Act (SARA) because of their declining population and shortage of prey. The northern resident killer whales, which live in the waters around northern Vancouver Island and the Central Coast, have kept this listing. The southern population, which live around southern Vancouver Island and Puget Sound, were listed separately as ‘Endangered’ under SARA in 2001.

Living Oceans Society is now working with the groups listed above to ensure that these important factors are properly addressed for the northern resident killer whale habitat. We are also working to increase protection for their habitat through the provincial and federal planning processes and a network of marine protected areas (MPAs). We are also working to keep the coastal waters on which these whale rely free of the oil and accoustic pollution that increased tanker traffic would bring with it.