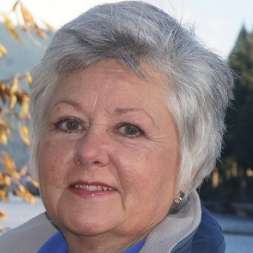 I was raised on fresh water, back in Ontario. Downtime for me always involved lakes and rivers and boats—with or without fishing rod. I learned to row as a toddler, sitting on my grandfather’s knee; took up canoeing at ten and sailing some time later. But I’d never set foot in salt water until I was 16 and then, it was the cold, grey Atlantic. I got out pretty quickly.

Protecting the water I love came naturally when I learned that the local creek I’d always used for making lemonade during childhood picnics was polluted with arsenic from a local plating factory. I joined our school’s Pollution Probe club and learned the power of writing letters and raising awareness. Indignant that such pollution could happen, I resolved to become an environmental lawyer:  someone who could make sure the right laws were passed and enforced. I was a little ahead of my time, in that environmental assessment hadn’t even been invented and would not become law in Ontario until 1976.

While studying law at Osgoode Hall, I had the opportunity to engage in an intensive term of study with work experience at the Ontario Ministry of the Environment, where I learned that the practice of environmental law was in its infancy. Apart from the Ministry itself, there were perhaps two jobs in the province devoted to environmental law and policy. It was going to take some creativity to fulfill my mission.

It wasn’t until I first encountered the Pacific that it all came together:  the opportunity to work in the environmental movement and live in the most breathtakingly beautiful place I’d ever seen. It was only a few years later that former Executive Director Jennifer Lash asked me to sit on the board of her new organization, Living Oceans Society—we’d met through coalition work on salmon habitat and aquaculture and I had developed an instant respect for her professionalism and efficiency. I have followed the work of the organization with pride and delight for nearly 14 years.

Today, as I take up the reins as Executive Director, water is so much more than my downtime!  I live on a 40’ Newporter sailboat in Snug Cove, Bowen Island; cross the ocean to work and work on the ocean. And if I see any more downtime, I will probably spend it sailing.