Escapes: Net-pens are poor containment structures and escaped farmed salmon can compete with wild salmon for food and spawning habitat 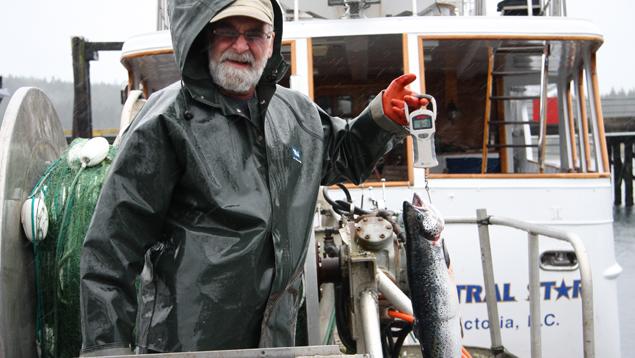 In 2009, one escape of 47,000 Atlantic salmon was not reported to the public until after fishermen began catching Atlantic salmon in their nets. At the end of 2010 another 15,700 Atlantic salmon escaped into B.C. waters from a farm using the latest net-pen technology and was only made public in the parent company’s quarterly report. Escaped farmed Atlantics can compete with Pacific wild salmon for food and habitat, disturb or disrupt the spawning behaviour and redds (egg nests) of wild salmon and spread diseases and parasites to the wild fish.

While Atlantic salmon cannot breed with Pacific salmon, in 1998 escaped farmed Atlantic salmon were found to have produced young in the Tsitika River on Vancouver Island. Atlantic salmon have been spotted in over 80 B.C. rivers and have been caught by fishermen in Alaska over 250 kilometres from the nearest salmon farm.

The salmon aquaculture industry has a poor track record in recovering escaped fish and has publicly admitted it is very unlikely that 10 percent of escaped fish are recovered. Only specifically designated fishing vessels can be legally used for recovery and the vessels, based in coastal communities, often take hours, if not days, to arrive at the remote farm location of the escape event.

When the federal government assumed management of BC's salmon farms in 2010, it changed the definition of a reportable escape event.  Seemingly overnight, reported escape numbers fell from a high of over 100,000 to numbers in single digits and have remained consistently low since that time. Farmers are now required to report only where there is "evidence that an escape has occurred" and that apparently lets them off the hook for accounting for so-called 'trickle losses', or fish that escape on an ongoing basis without apparent damage to the net-pen. Farms that have applied for Aquaculture Stewardship Certification are required (by the terms of the certification standard, NOT by DFO) to publicize "unexplained loss" of fish, and those numbers remain in the thousands per farm.

When Washington State experienced a massive escape event in 2017, caused by Cooke Aquaculture's failure to maintain its net-pen, legislators responded by fining the company, cancelling it permits to operate and enacting legislation to phase out salmon farming in the State altogether.  They accomplished all this in seven short months, contrasting sharply with the approach of Canadian regulators, who simply moved the goalposts to allow business as usual.

Rearing farmed salmon in closed containment facilities that place an impermeable barrier between the farmed fish and the marine environment could help reduce the problem of escapes from fish farms. Closed containment systems on land would eliminate it.