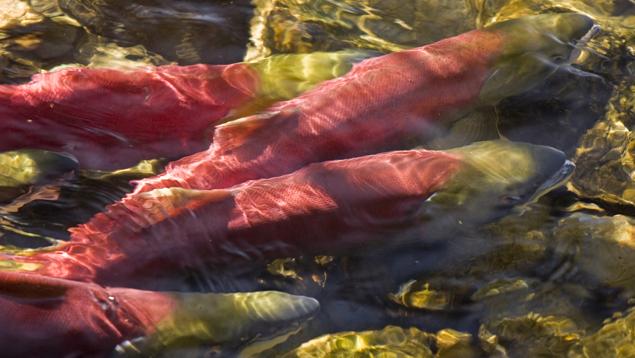 In 2013 the salmon farming industry’s expansion plans were blocked when the B.C. government announced that it will not issue any new or expanded tenures for net-cage salmon farms in the Discovery Islands until at least September 30, 2020. The province acted in response to recommendations of the Cohen Inquiry into the Decline of the Fraser River Sockeye.

The Discovery Islands/Johnstone Strait area has been of particular concern for quite some time. Among a number of other salmon runs, the out- migrating juvenile Fraser River salmon are exposed to the risk of disease and sea lice as they swim past the open net-cage farms in the narrow channels of the Discovery Islands and the Strait.

In 2008 the B.C. government placed a moratorium on open net-cage salmon farms on the North Coast. Jurisdiction for licensing and regulation of aquaculture is a federal responsibility, but the province retains control of land use tenures.