It will be no surprise to you that the National Energy Board has reconfirmed its recommendation that the Trans Mountain Pipeline Expansion Project (TMEP) should proceed. We knew that was coming from the day the Reconsideration Hearing was announced, with timelines that were so unrealistically short that it was almost impossible to retain and instruct experts to provide meaningful additional evidence about marine impacts.  The documents flew thick and fast, with new filings being made at the same time as our experts were attempting to digest and respond.  If we thought the process a travesty before the Reconsideration, we can now say with confidence that it is utterly broken. 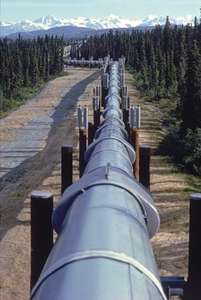 The next big question to which you likely don’t need to be told the answer is, “what will the ultimate decision-maker (the Canadian federal government, represented by Justin Trudeau’s Cabinet) say to the owner of the pipeline (same) about whether or not the project is in the public interest?” We await only the government’s determination that it has met the consultation requirements laid down by the Federal Court of Appeal, before the final decision is announced.

Meantime, the oil industry has been actively soliciting media about the usual—how the project is essential if we expect to continue to pay for schools and health care; and how much more money we’ll all make if they can only increase shipments to China.  (Alert:  this would be the prevarication referred to above.)

The fact is that the federal government’s revenue from oil and gas is a tiny and shrinking portion of its total income and the entire oil and gas industry represents only 2% of employment, most of it in part-time construction jobs.  Government royalties from the sector have decreased 63 percent since 2000; corporate tax revenue by 51 percent.  If it were true that we depend on this revenue for the future of health care and education, we’d have a much larger problem on our hands than how to bring the sector in line with our commitments to reduce carbon pollution. The social fabric of the country would be at risk.

The other fact is that oil shipments to China over the past decade from Burnaby’s Westridge terminal can be counted on the fingers of two hands.  The last few tankers to make that trip did so in mid-2018, when oil prices were ranging from $40-54 bbl.  Statistics Canada valued the exports at $51 bbl, putting the lie to the argument about tidewater access giving rise to higher prices and greater revenues for all.

And finally, politics:  China has demonstrated time and again that its import policies are dictated by the state, not the market.  The Chinese state is more than a bit miffed with Canada just now, over the arrest of Huawei CEO Sabrina Meng Wanzhou; and it has expressed its dismay by (among other things) refusing to import Canadian canola shipments it alleges were contaminated.  This seems an unlikely political climate in which to kick off a robust trade with China in just about anything; and certainly not in oil, with which that nation continues to be richly supplied by virtue of the cash-for-oil deals it struck with several oil-producing nations over the past decade.

The last word on whether or not the TMEP is ever built may yet go to the Federal courts.  Our counsel at Ecojustice have reviewed the NEB recommendation report and find it still suffers from the same error we raised in our last court challenge: it recommends condoning the admitted adverse effects of tanker traffic on Southern Resident Killer Whales, saying these effects are “justified in the circumstances”.  Living Oceans has maintained that a listed Species at Risk is entitled by law to be protected from adverse effects. Depending on how the federal Cabinet proceeds, it may well find the matter back before the courts facing more challenges from both conservation organizations and First Nations.