Is Aquaculture the Answer to Overfishing and World Hunger?

You’ve likely heard the narrative: ‘eat a farmed fish, save a wild fish’. It is a claim that the farmed salmon industry is particularly fond of. It’s a simple theory: if consumers substitute farmed seafood for wild, that should alleviate fishing pressure on wild stocks. With a third of the world’s wild fisheries overfished, any solutions to help reduce fishing pressure are certainly welcomed.

But does the theory stack up? A recent study put it to the test and the answer, so far, is no. If the theory is true, then modelling should show that increased aquaculture production is correlated with decreases in wild catch. Instead, Longo et al. (2018) found that aquaculture has been supplementing – not suppressing – wild fishery captures. Since the 1980s, aquaculture production has steadily increased while fishery capture has remained relatively stagnant. 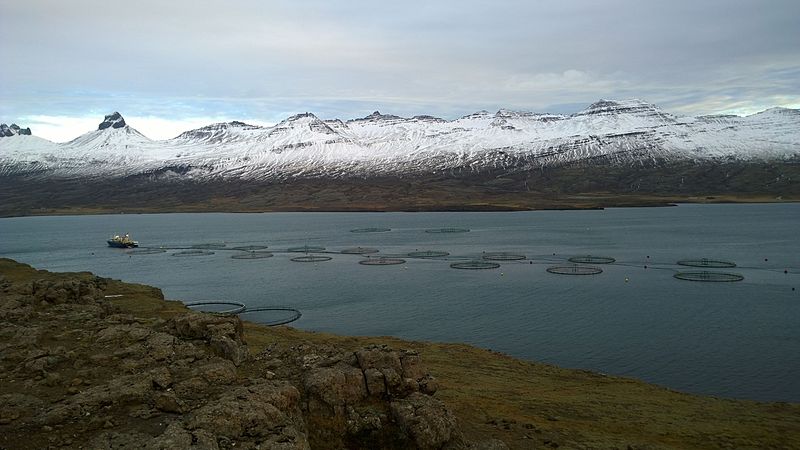 The authors explored several potential factors to explain why aquaculture has not given wild fish a reprieve. The most obvious is the use of wild fish to feed farmed carnivorous fish. While fish feed manufacturers have innovated over recent years, 15 million tonnes of wild fish are still used for aquaculture. It doesn’t help that the ‘global North’ consumes predominantly high-value commodities that tend to be carnivorous and environmentally intensive, such as farmed salmon and shrimp. The authors suggest aquaculture production has focused efforts on “overall expansion rather than environmental conservation”.

So, choosing farmed over wild isn’t alleviating pressure on wild populations – but aquaculture is adding to overall seafood production. Is it true, therefore, that farmed fish are feeding the world’s growing population, again as the industry often claims?

A UN report recently estimated over 820 million people suffer from hunger, while 1.3 billion are food insecure (i.e. lack regular access to nutritious and sufficient food). A key element of FAO’s plan to eliminate world hunger is to increase access to fish through fishing and aquaculture.

At the same time, studies have found the world produces more than enough food, including fish protein, for the entire global population. Between 1961 and 2013, world population grew at an average annual rate of 1.6%, while global fish supply increased annually on average by 3.2%. This highlights the need to understand and address the gap between supply and access.

One of the reasons for the ‘gap’ is food loss and waste. Globally, around 35% of seafood is either ‘lost’ during the fishing, farming and/or processing stages (i.e. bycatch, discards, rejected, process waste, etc.) or thrown away as ‘waste’ at the retail or consumer level. Rich countries are the worst offenders. For example, nearly half of the U.S. seafood supply was found to be lost or wasted. The FAO has called on all nations to halve food loss and waste by 2030.

Another reason for the gap between supply and access is that the type of seafood being farmed is frequently inaccessible to those who need it most, because of factors like locality, cost and/or culture. Longo et al. suggest the problem is that the industry often prioritizes the production of high-value seafood as a global commodity, think farmed salmon, rather than the production of seafood that meets human needs, think shellfish and seaweed. Other studies also suggest a shift away from farmed species that rely on feed inputs (e.g. wild fish and edible crops) is necessary to meet the protein needs of a growing population.

Thankfully some places are closing the gap. In Bangladesh, a rapid transformation of the fish value chain – including the diversification of species farmed – has led to more affordable and accessible seafood for the domestic market, including the people who need it most.

In the end, farmed salmon isn’t decreasing pressure on wild stocks nor is it the affordable protein that is going to feed the world (or even all Canadians) – in spite of what the industry says. But that’s not to say that we should avoid eating all farmed seafood – even if it is simply supplementing, not suppressing, the fish we catch. Maybe we just need to rethink which seafood we farm and choose to buy.

Fisheries and Oceans last year announced a “renewed approach” to sustainable aquaculture in Canada – all targeted towards farmed salmon. However, diversifying our approach to aquaculture, beyond salmon, could help provide more accessible and affordable seafood protein options to more Canadians (though we should also ensure it is farmed sustainably). Consumers can help drive this change by purchasing the unsung sustainable farmed seafood heroes, such as shellfish and seaweed – which require no feed inputs. And please, avoid sending that extra seafood to the bin!