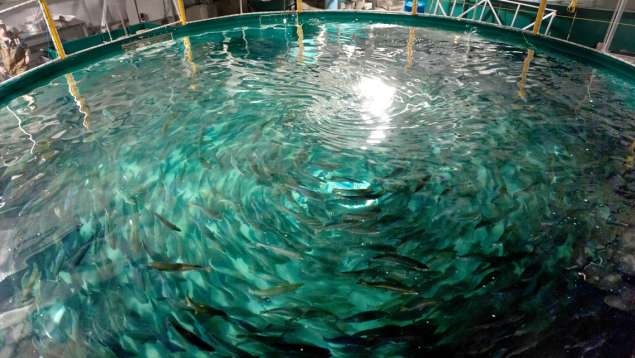 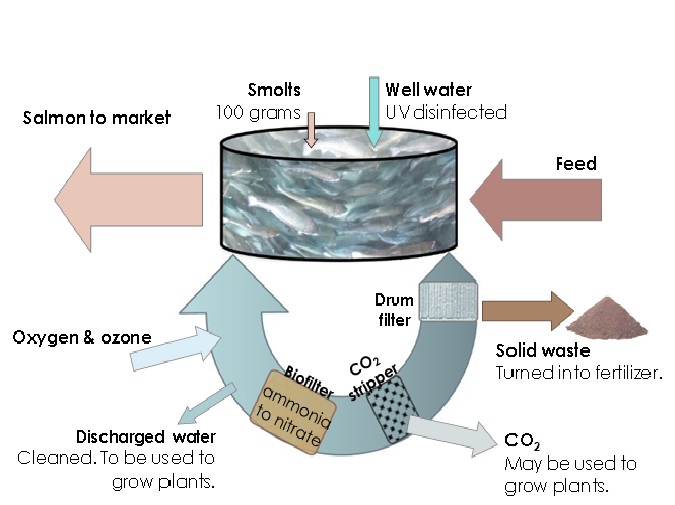 Fish culture tanks come in various shapes and sizes, with round tanks being the most common shape in use currently. Important design criteria:

Biofilters remove toxic ammonia excreted by fish by converting it to less toxic nitrates. (They're also known as nitrification reactors.) There are a large number of approaches used to achieve this however, in aquaculture, they all use suspended or stationary media colonized with various types of bacteria. Important criteria:

Gas exchange systems add oxygen and remove CO2 produced by fish. The first stage is aeration; water is disturbed to increase surface area, and airflow increases gas exchange between water and air. The goal and limit is to bring gas concentration into equilibrium with air (100% saturation). A second stage boosts oxygen concentration above 100% saturation to better meet fish needs. It involves mixing water and oxygen gas rather than air in a closed chamber. Important criteria:

Recirculating flow pumps move water through and between the RAS units, bring in the  small inflow of new water and remove the equivalent small amount of discharge water. (Water is discharged to dilute some compounds that accumulate in the system, e.g. nitrates.) This requires moving high volumes of water with a low head. Important criteria:

Myth-busting:  Like all new technologies, recirculating aquaculture systems have evolved over time. Performance constraints in the industry only a few short years ago no longer apply, but it can be difficult to change perceptions built on past performance.  Read the FAQ on land-based aquaculture here.