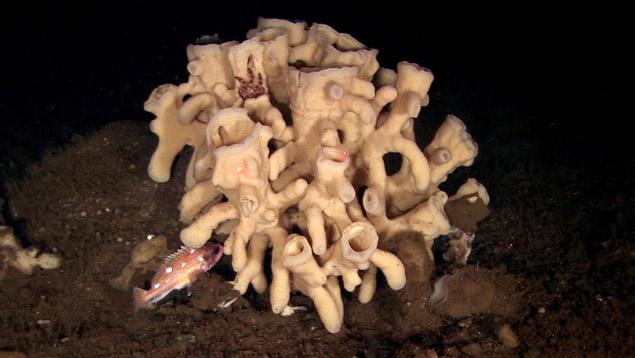 In June 2010, DFO identified the glass sponge reefs of Hecate Strait and Queen Charlotte Sound as an “Area of Interest” and began the formal process of establishing a Marine Protected Area (MPA) around them. Living Oceans Society is participating in the process to establish this higher level of protection.

These reefs, some parts of which are over 9,000 years old, are the last remnants of an ecosystem common in Jurassic times. Glass sponges were thought to be extinct until their discovery in 1987 on the Pacific coast of Canada and Washington State (see map), the only place in the world where they are known to exist. The area was voluntarily closed to fishing when it was demonstrated that ground fish trawling was damaging the reefs. This closure also benefited the fishing industry as it reduced the damage caused to their nets by the coral reefs.

If everything goes as planned, this MPA will be designated in the fall of 2013.